What is Mmwave? What Are the Characteristics?

Mmwaves refer to electromagnetic waves with wavelengths on the order of millimeters, and their frequencies are approximately between 30GHz and 300GHz. According to the communication principle, the maximum signal bandwidth of wireless communication is about 5% of the carrier frequency. Therefore, the higher the carrier frequency, the larger the achievable signal bandwidth. Among the Mmwave bands, the 28GHz band and the 60GHz band are the two most promising bands for 5G. The available spectrum bandwidth of the 28GHz band can reach 1GHz, while the available signal bandwidth of each channel in the 60GHz band is up to 2GHz (the entire available spectrum of 9GHz is divided into four channels). In comparison, the highest frequency carrier in the 4G-LTE band is around 2GHz, while the available spectrum bandwidth is only 100MHz. Therefore, if the Mmwave band is used, the spectral bandwidth can easily be increased by 10 times, and the transmission rate can be greatly improved. In other words, using the Mmwave band, we can easily watch Blu-ray-quality movies on a mobile phone under a 5G network.

2. The characteristics of Mmwave

Another characteristic of the Mmwave band is that it has a large attenuation in the air and a weak diffraction ability. In other words, it is basically impossible to use Mmwaves to pass signals through walls. However, we can also take advantage of the large attenuation of Mmwaves in the air. The attenuation of the Mmwave signal used by your mobile phone is indeed relatively large, but the attenuation of the Mmwave signal emitted by other terminals (which is an interference signal to you) is also very large. Therefore, when designing a millimeter-wave system, there is no need to consider how to deal with interference signals, as long as different terminals are not too close to each other. The choice of 60GHz takes this point to the extreme, because 60GHz is exactly the resonant frequency of oxygen, so the electromagnetic wave signal of 60GHz attenuates very quickly in the air, which can completely avoid interference between different terminals. 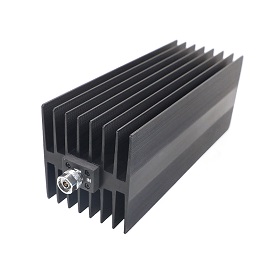